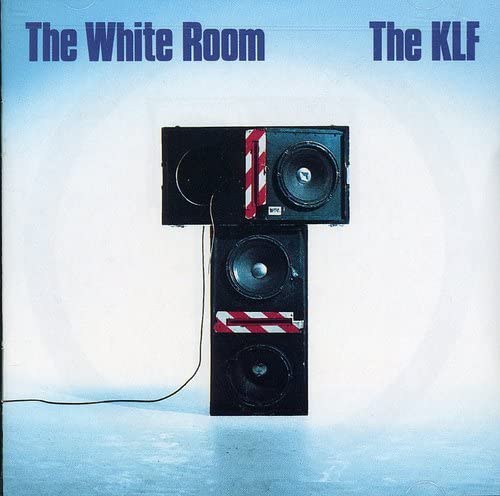 Okay, those of you who know me will be saying, ‘WTF’ The KLF? Those who really do know me will be thinking, ‘Here he goes again!’ For many the KLF are synonymous with publicly torching £1 million pounds as an artistic statement. To the rest of us they are simply talented exponents of late 80’s acid house and rave. The White Room was their fourth and last studio album and what a legacy it proved to be.

Originally the concept was to create a film and soundtrack called The White Room. The premise being a road trip searching for the mystical room where they would be released from their contract with eternity. A metaphor for their experience in the music industry? Who knows? Money had come from the band’s previous incarnation as The Timelords and the No.1 single from 1988 ‘Doctorin’ the Tardis’. However, the film and soundtrack were never officially released as funding the project sucked up everything which they had available. Bootleg copies do exist of both the film and soundtrack but try finding one of those now!

The White Room finally saw the light of day in 1991. Most of the film score remains along with a few new tracks, the original work being heavily remixed to include guest artistes. It’s strange to think that ‘What Time Is Love’ was dismissed completely before being championed by underground DJ’s. This led to an upsurge in interest and a change of direction for Drummond and Cauty into a sound that was pure trance.

There are no real standout tracks on the album. Everything bears scrutiny. Dismiss it because you read the words ‘trance, rave or acid house’ and you will be the loser. It’s full of carefully crafted sounds and samples with some amazing vocal performances. In particular, the soulful Black Steel vocals on Justified and Ancient (not the commercial Tammy Wynette version – although that was good too) and ‘No More Tears’. The pedal steel on ‘Build a Fire’ is so good and I swear the track features a sample from the theme to David Lynch’s ‘Twin Peaks’ (the original series ran from 89-91).

After the album’s release the KLF appeared at The Brit awards in 1992, fired blanks from a machine gun over the heads of the audience and promptly retired from the music business, deleting their entire back catalogue in May of that year. That’s what I call sticking one to the industry!

It remained deleted until January 2021 when they began to upload selected work to music streaming services. The 1991 version of the album has yet to materialise as far as I’m aware, but you can track it down on vinyl re-release. My original, complete with sticker, changes hands for a few hundred pounds these days but it’s going nowhere other than onto my turntable. And let’s face it, it has one of the best sleeves too!

I’m now off to catch the Last Train to Trancentral via Mu Mu Land with a passing nod to Derek E who unknowingly popped the idea to write this into my head.

I hope to see you there! 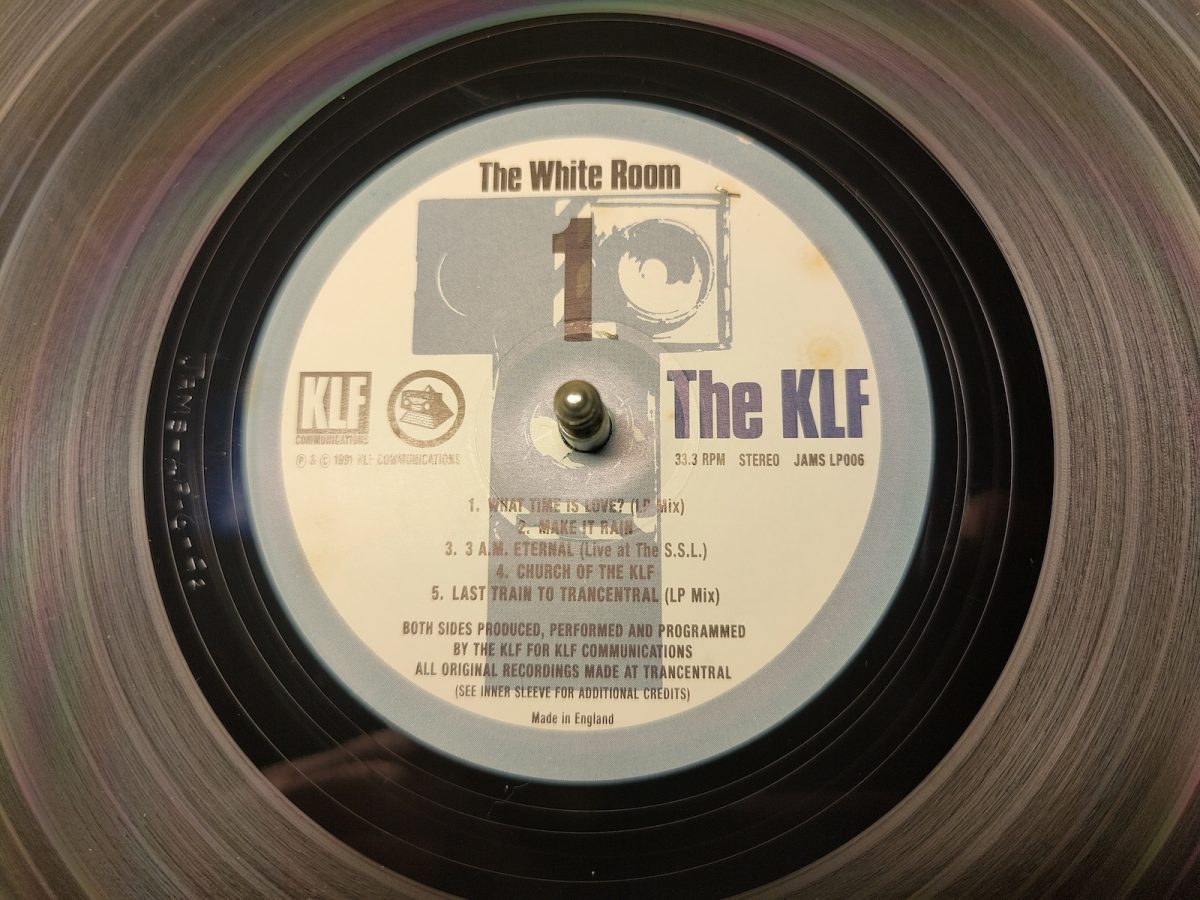