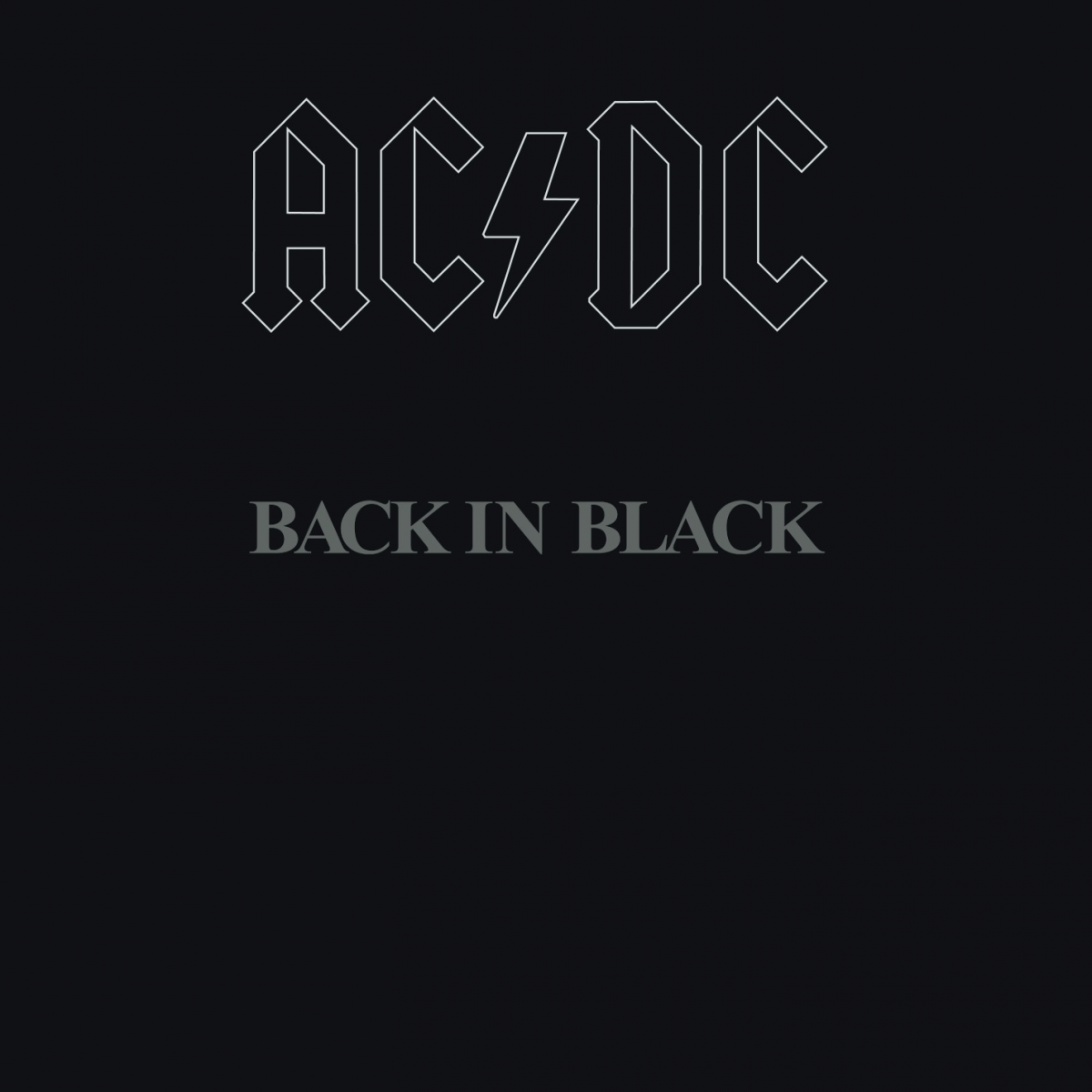 AC/DC: Back in Black

What better way to prepare for the bells with an album that opens with the sound of Hells Bell tolling? There’s something rather comforting about the sound of a bell resonating but not this one. It’s a portent to a maelstrom of magical riffs and a wall of Rock ‘n’ Roll…..what’s not to like? PC it is not, lets face it AC/DC never has been. It’s all about Sex, Drugs and Rock ‘n’ Roll – with lashings of booze!

When Bon Scott died in 1980, in an all too stereotypical style, the writing was on the wall for AC/DC. How could you possibly replace one third of the Scottish trio, yes Scottish – the Young brothers hail from Glasgow and Scott from Kirriemuir and not Australia – who had propelled the band into becoming a major touring act. The answer was a Geordie from the band Geordie. Brian Johnston was the vocalist catapulted into the spotlight and had to carry the expectations of the band’s loyal following. What happened next was quite amazing.

‘Highway to Hell’ was released in 1979 to critical acclaim. The band was starting to rocket to the big league of acts only for the iconic front man and hell-raiser to die in February 1980 from alcohol poisoning. The speedy recruitment of Johnstone followed and ‘Back in Black’ was released in July 1980. This wasn’t an album of previously written material that was waiting to be recorded but an album of mostly new material written by the Young brothers and Johnstone and engineered by ‘Mutt’ Lange with the final production at Electric Ladyland in NY. Homage was paid to Bon Scott with the Black album sleeve and the title. For those who thought it had been the end, that thought was quickly turned on its head. The album was laid down and marketed with the usual tour, and then it entered the Billboard chart where it has stayed ever since. It’s sold in excess of 50million copies worldwide and is the second best selling album ever, certified 25 x platinum….only Michael Jacksons ‘Thriller’ has sold more copies.

It opens with the mournful tolling Hells Bell, a slow steady appreciative nod to Scott before the riff kicks in and we take off with the ‘Hells Bells’. Angus uses a simple motif of a peal of bells as his riff which drives the track along with the able backing of Williams and Rudd in the rhythm section. What a way to start a new chapter and a very useful track to theatrically open a live set. The Young brothers trade off each other throughout the whole album with interesting licks and solos, the quiet man Malcolm being the perfect foil for the showy younger Angus. As for Brian, what a find! A high pitched screamer rather than the gravel voice of Bon, but that doesn’t detract from the performance. The album drives along with infectious rhythm and pace and is peppered with so many air guitar moments it’s really difficult to point out any specific tracks. Side two opens with the Title track ‘Back in Black, which has an equally amazing intro to that of side one (yes, of course I’m talking about the vinyl issue). Giving way to ‘You Shook Me All Night Long’, not the stereotypical Rock ‘n’ Roll song about band groupies but a glance at the other side so to speak. The album closes with the sublime and prophetic ‘Rock and Roll Ain’t Noise Pollution’. This is the most amazing nod to the Blues with quite a remarkable mic-ing of the pick up on the guitar where you can hear the subtle reverb and really get a feel for what it’s doing.

Dust off the old year and prepare for the new one and give this album a spin if you love a great guitar lick and a rhythm section that kicks, and above all if you enjoy the peaceful grace of playing your own air guitar in your own private space.

‘Heavy decibels are playing on my guitar

We got vibrations coming up from the floor

Are you deaf, you want to hear some more’