Album review with a difference… 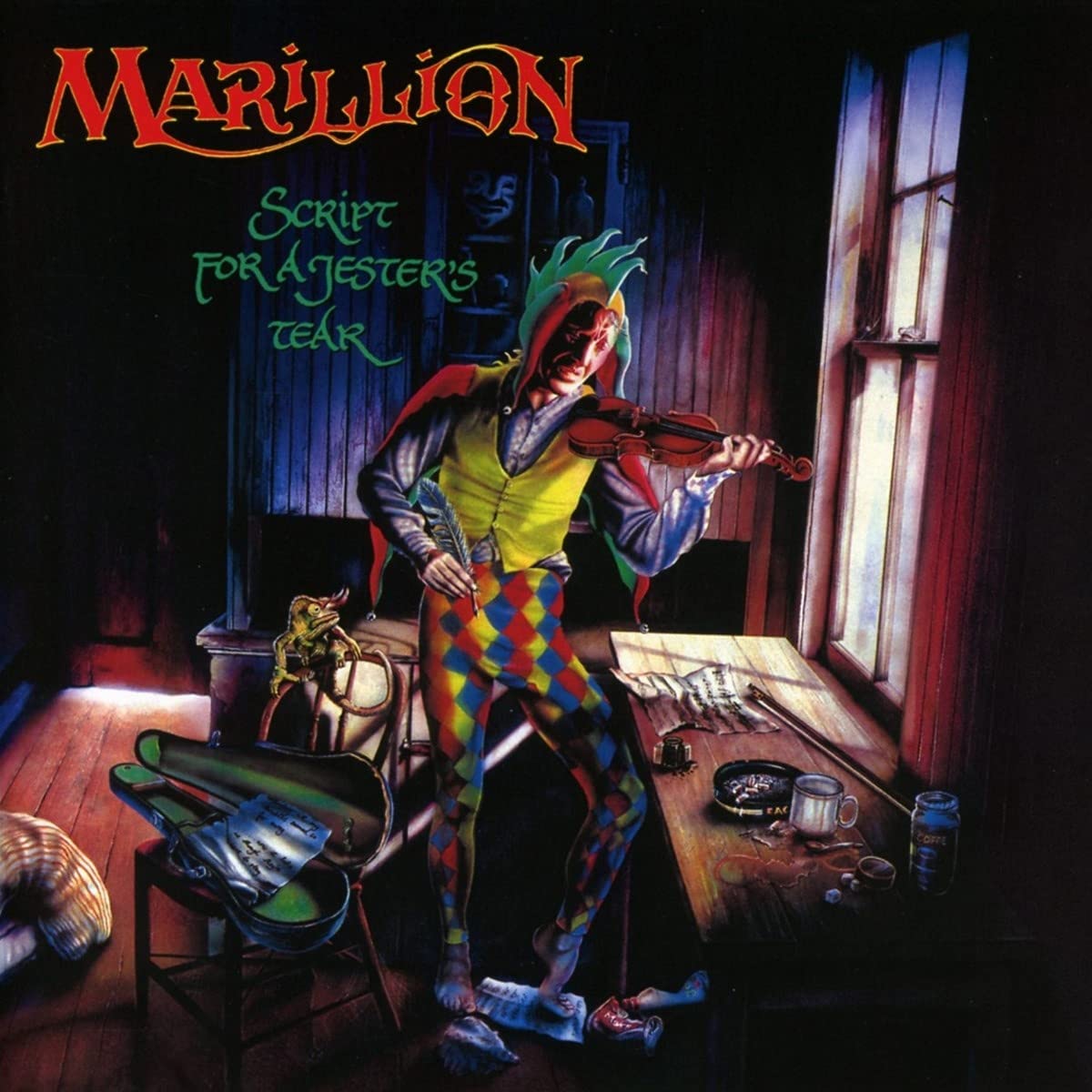 Marillion: Script For A Jester's Tear

In 1982 I was 15 and every bit the music fan I am now. Times then were good, different and strange in so many ways that a 15 years old wouldn’t get now. No internet, no smart phones but we had gigs and pubs. On April 30th 1982, to be very precise, I was sitting in the Royal Oak bar in Alloa with some school friends drinking MacLays 80′ and preparing for a gig. A few pints down and we set off, not for Alloa Town Hall, but the Bowmar Centre, a small community centre in what was then a bit of a rough part of town. We were due to see Pallas playing but the gig had been swapped at the last minute to the smaller venue. On arriving we were told that Pallas would not be performing, a problem with the drummers hand had caused the cancellation, but the support act was still going on. We demanded our money back but the bouncers just laughed, gave a partial refund and told us in no uncertain terms we could come in or ‘f*** off’.

We went in and the rest was pure magical theatre.

It’s a small community centre with a bar to the rear and a stage that’s about 18 inches high. Pint in hand, we went to the front, easy to do as there were probably only about 50 people in, sat down on the floor and waited. The band came on stage from the side door and picked up their instruments, then Fish arrived, all 6’6″ ish in his full stage make up and camouflage gear. Bearing in mind we were sitting down this was quite an entrance and quite a commanding presence. We didn’t know who these guys were, their first EP would be released  in October of 82, with the album later in 83, so we had no reference whatsoever. What we got was everything in their repertoire to that date. The full running order contained the whole of what was to become ‘The Script’. ‘Market Square Heroes’ which was their first single, ‘Three Boats Down From The Candy’ and Grendel which were the B side of that first EP. The latter three never appearing on an album as such. The Tour was called ‘Saliva Tears 81-82 Leg 2 Assault on Scotland’.

I was still lamenting the loss of Peter Gabriel and Steve Hackett from Genesis. Don’t get me wrong, they were still playing great stuff, just not the stuff I really liked. Marillion strode on to stage and Boom!…it was like Gabriel era Genesis but with attitude. Many liken Grendel, a 17ish minute epic based on Beowulf, to Supper’s Ready from Genesis’ Foxtrot album. I don’t get that, it’s far more like the stuff from Trespass. The keyboard playing is mesmeric, with Mark Kelly showing very early on what he could do. Steve Rothery, played a style that grew and grew as the years went on, anchoring him as a true genius on guitar. More importantly, they never played Grendel live after the end of 83 with one exception being a one off reunion in 07. It never appeared on a formal recording other than the EP, so I’m a very lucky person to have witnessed it live and to own the EP.

So where’s the album review? Well, as indicated at the start, there was no recorded music prior to this gig. I heard them, loved their performance and had to wait for the EP and then the album. Needless to say both were played to death back then, and I still play my original copy to this day. We’re almost 40 years along and 19 albums in total to date. Fish left the band in 88, siting the usual artistic differences. Mick Pointer was fired as the drummer after the ‘Script Tour’….since then the line-up has remained unchanged with Steve Hogarth taking over from the leftie urban poet Fish, and bringing his own style to the proceedings.

For me ‘Script For A Jester’s Tear’ laid the foundation for 40 years of success. Without it would there have been a band still touring? In my opinion, probably not. It was the catalyst, that first big break that propelled them forward with EMI to allow them to move from The Bowmar Centre to bigger venues and festivals.

If you like your prog and like a lyric that bristles with social comment, music that drives the tempo up and down with ease, but above all, a sound that is so well polished and performed, then give the album a listen. Steve’s guitar on Chelsea Monday is sublime. The Lyrics on ‘He Knows You Know’, are harrowing in their context and ‘Forgotten Sons’  talks about war and the Irish conflict, which was very real for me back then, in a very eloquent but disturbing way. But above all, damn fine musicians setting out their stall for what was to come and giving those of us lamenting the demise of Genesis real hope for the Prog musical future.

As a postscript (one for Marillion fans) we joined Fish at the bar at the end of the gig and had a good chat about the music. Some may not agree with my thoughts but I’ll leave you with one…..I was there pre recordings and I heard Grendel live. Not many Marillion fans can say that. 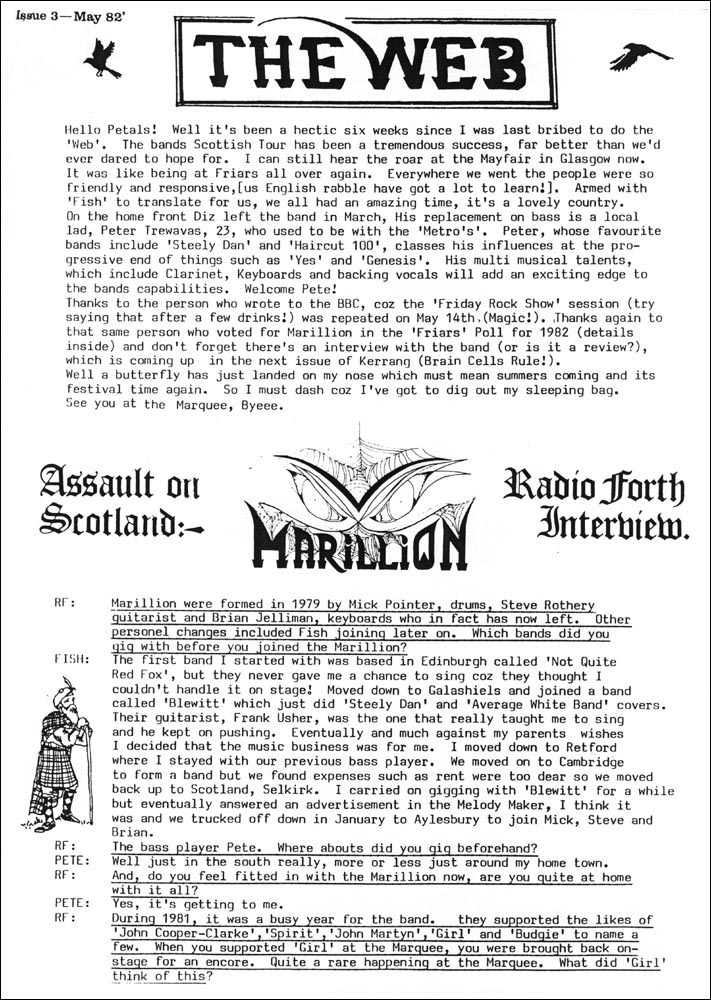 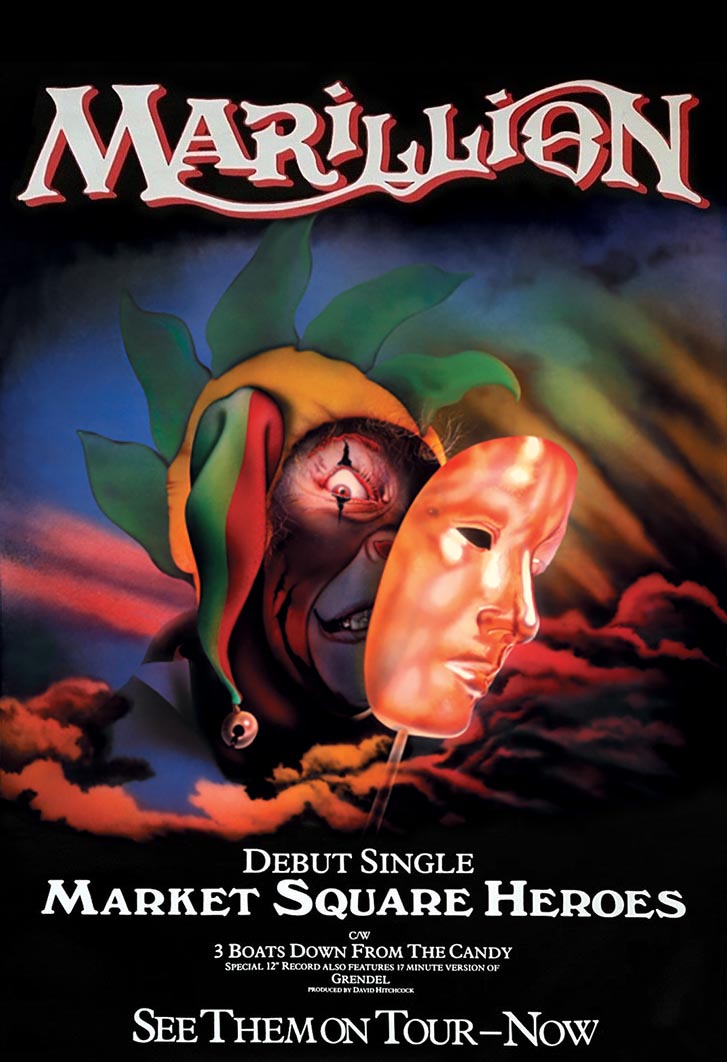 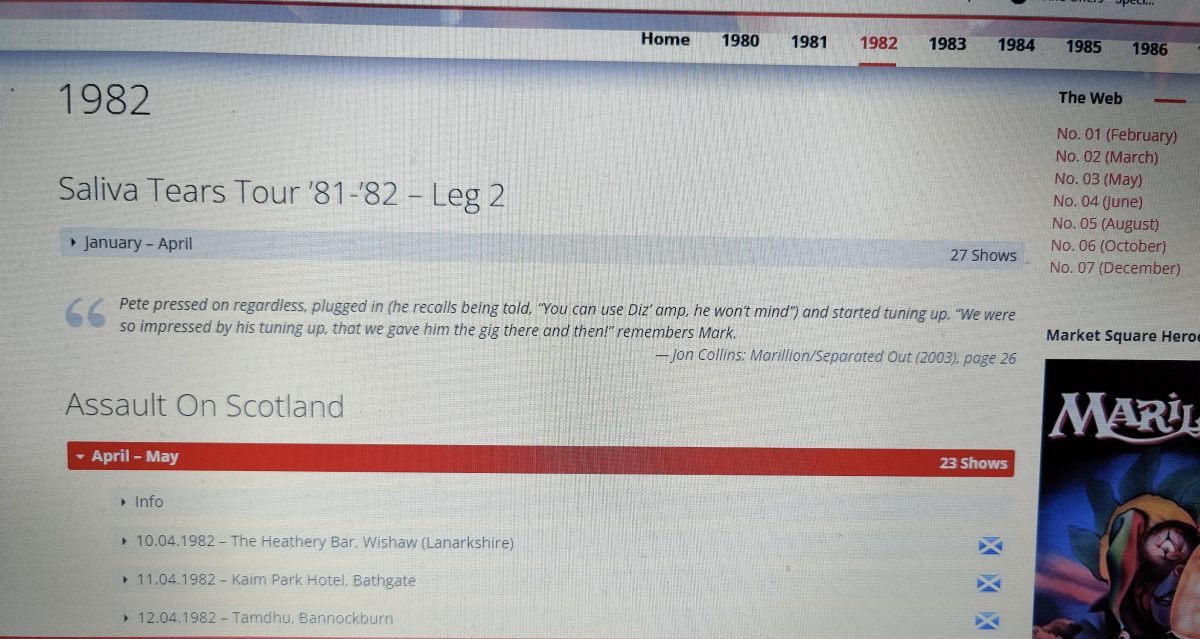