To Ebow or not to Ebow? This is the question. 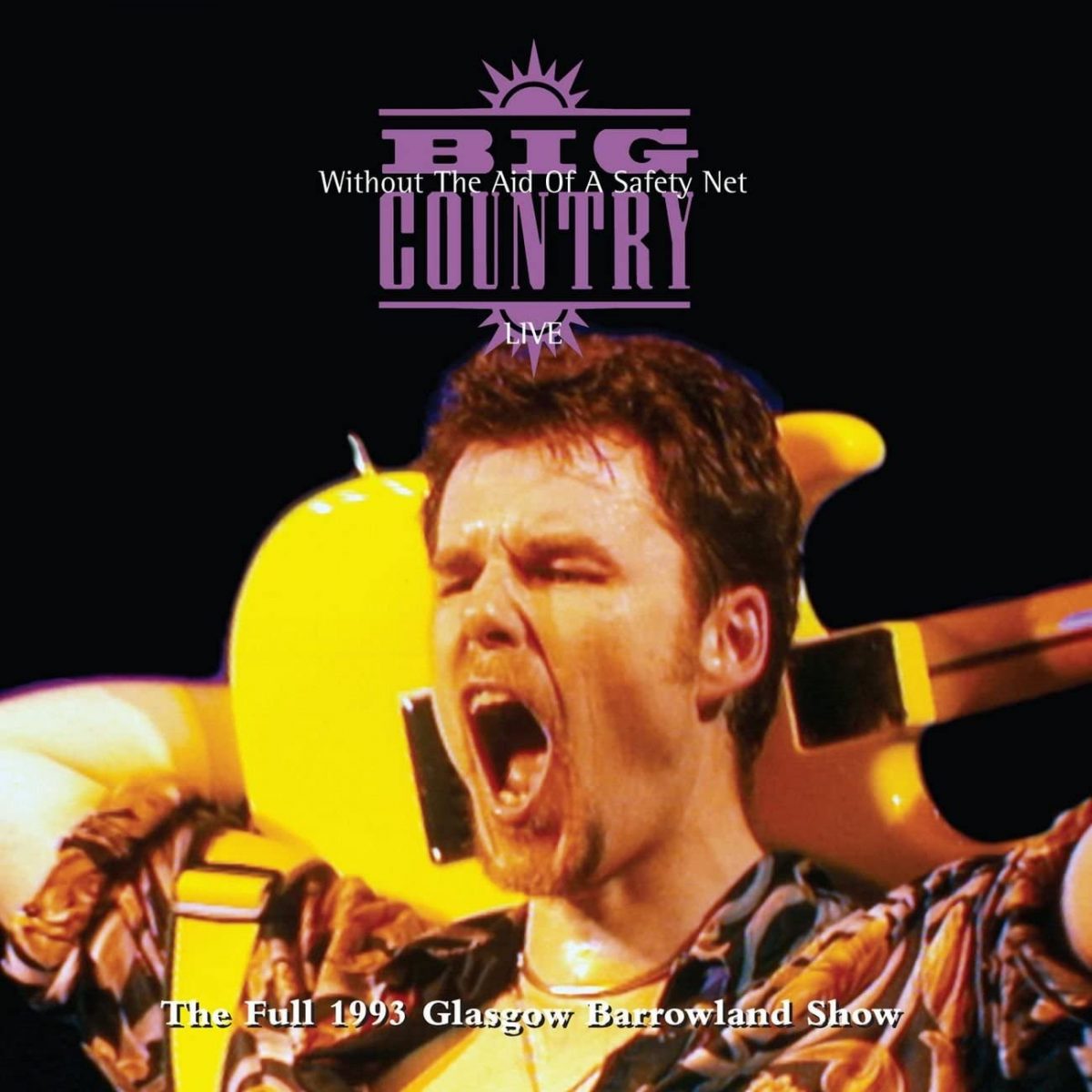 Big Country: Without The Aid of a Safety Net (Live 93')

In the down time between Christmas and New Year, December 29th to be exact, I ventured out to do a number of things. One of those was a trip to my favourite coffee shop in Stirling armed with my book, followed by the obligatory mooch around HMV and their burgeoning Vinyl racks. The story was a familiar one, working from A to Z but always skipping the Country and Western ( I really don’t get that genre). The soundtrack in my head was the same as always – ” Got it, Got it, Got it, Don’t want it, Never wanted it, Got it, Got it, ooh that’s interesting – lifts it out and has a good look, puts it back for later consideration etc etc. This time the Ooh moment was A  Big Country Album which had recently been issued and one which I knew nothing about ‘ Without the Aid of a Safety Net’, recorded live at The Barrowlands in 1993. I  bought a copy as an early birthday present to myself.

Before recording this album, the band had been off on an extensive tour of North America trying to crack the market, but without a huge amount of success. Difficult at the best of times, but I can only imagine the effort involved for a Scottish band from a smallish provincial town to try and make it big state-side, even if you were supporting Queen and Roger Daltry.  OK so they had Nazareth and Barbara Dickson who had gone before 😉 but nonetheless a difficult job. The Barrowlands gig was a homecoming and the sense of relief and the crowd acceptance and adulation is plain to hear from their reaction and the enthusiastic playing and general banter.

Getting back home after my trip out I fired up the kettle and sat down with a cup of tea, ready to give my new record a good listen. It’s a triple album so that was my afternoon gone. The opening of the album set me back on my thinking a little as a support act was announced. Not something I’m used to on any live set. The penny dropped with the crowd noise and Stuart Adamson taking the mic. The first half of the gig was an acoustic set and it rocked me back on my heels and put a huge smile on  my face. The energy which they put into the opening track ‘Harvest Home’ followed by the ever prophetic ‘Peace In Our Time’, was tremendous. 10 tracks of acoustic work followed which showed just how tight and versatile these four guys are. Mark’s percussion is on point with simple yet effective playing, Tony’s bass holding everything together in the background and an assortment of stringed instruments from Stuart and Bruce – just sublime. Not an Ebow in sight (or sound), yet unmistakably Big Country. They finished the first half of the set with a couple of cover versions, ‘Tracks of my Tears’ which echoes some of the internal the angst which eventually lead to Stuart taking his life and ‘Rocking In The Free World’.

The second half of the set picked up on the energy from the opening half with both band and audience building the intensity with the ‘Loud Guitars’ coming out. Ebows to the ready (I’ll let you look that up) and off we go with the full fat sound of Big Country. The usual tracks are there, ‘Wonderland’, ‘In A Big Country’, the haunting ‘Lost Patrol’ and finishing with ‘Fields of Fire’   All through the set the chat with the crowd and the appreciation shown back are simply amazing, with Stuart being on top form in front of his home crowd. A crowd which at times feels like a football crowd such is the intensity of reciprocated feeling. It’s hard to imagine that Stuart was carrying such a burden internally which culminated in him taking his life in 2001.

Over and above the enjoyment and emotion which this recording stirred in me that afternoon on the sofa, it also caused me to raise a wry smile. Firstly, when studying the sleeve notes I read that it had been recorded on December 29th 1993…..now that’s just weird that I found it on the self same day exactly 28 years after it had been recorded. It also took me back in time to a sunny midweek evening, somewhere in the mid to late 80s. I rolled in to Recreation Park in Alloa to watch a league match between my beloved Alloa Athletic and Dunfermline Athletic. Walking past the Clackmannan Road end goal I passed what can only be described as a big trench coat, collar up, leaning  against the boundary fence at the back of the terrace. I did a double take at break neck speed. In the coat was Stuart Adamson smiling back at me in acknowledgment that he’d been spotted. He was doing the same, supporting his team. I mouthed ‘Hello’ which was reciprocated with a look of ‘thanks for not making a fuss’. I then mouthed ‘your team are shit’……he simply burst out laughing and gave me a huge bright smile. I can’t remember the result of the match but I do remember that little, simple experience like it was yesterday.

So fans of great acoustic live music and raucous indie rock….have a listen. It’s really worth the time, even for the simple but effective put down of the village smart arse in the crowd. Raise a glass to the memory of Stuart, a tortured genius and the band.