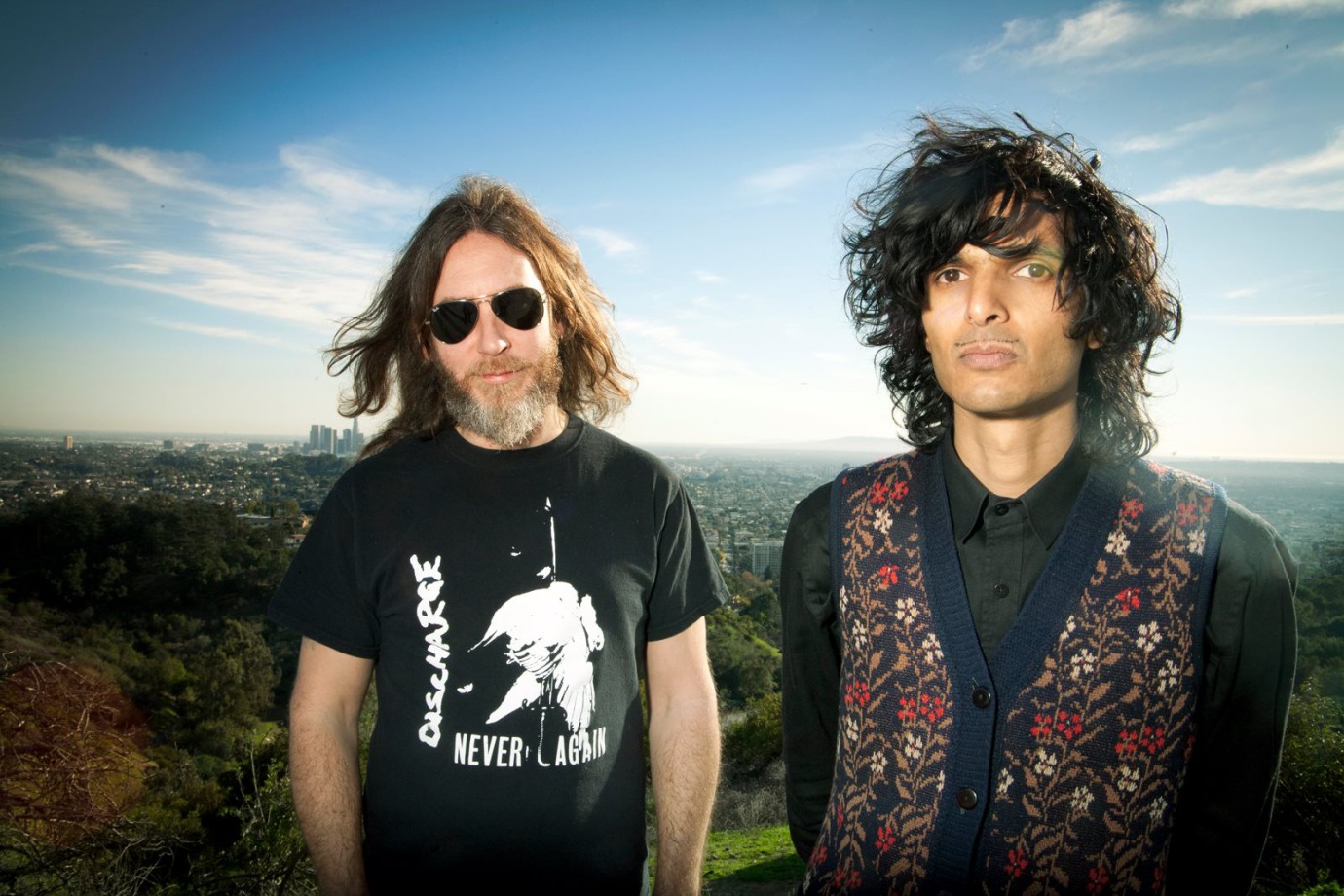 You may have heard me mention Black Mountain once or twice, maybe even three times (but hey, who’s counting?!). Well, I can’t help it if Stephen McBean rocks my world with almost everything he touches. And not content with the behemoth that is his day job he’s also involved in a few side projects and collaborations to fill the gaps in between.

This time it’s the turn of Imaad Wasif, a singer-songwriter in his own right also known for writing and touring with (New York alt-rockers) the Yeah Yeah Yeahs, to get on board. Both are Canadian born but living in LA, so it’s hardly surprising that their worlds eventually collided. The result is Grim Tower.

They hadn’t planned to, but after allowing it to rumble around for a couple of years they (thankfully) decided to let the rest of the world in on their debut collection of work which they have entitled ‘Anarchic Breezes’. And it contains some of the finest New Acoustic Death Folk you’re ever likely to hear.

Here they are playing an excellent example down in the ‘mythical forest’.

Let your love reign down at https://www.grimtowersongs.com