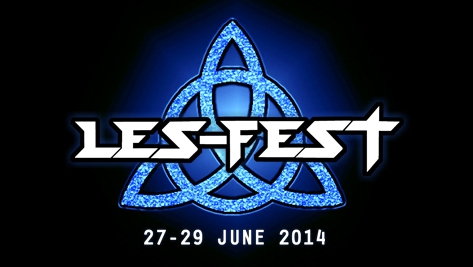 There’s an amazing festival happening this weekend. No, not Glastonbury (although, that’s happening also apparently). I’m talking about Scotland’s very own premier rock and metal festival, Les-Fest 2014. Now in it’s third year, it has moved to the new and quite frankly beautiful location of Wiston Lodge, South Lanarkshire making it less than a hour away from Edinburgh, Glasgow and even Carlisle. With 52 acres of land, there’s enough space for the usual parking and camping but if you don’t fancy roughing it there’s the Lodge, Wooden Cabins and even some Tipis. But time is short so please go here for your options and how to book.

So, if you’re a fan of raucous rawk music and are looking for something other that a quiet weekend then Les-Fest might just be for you. It’s already won Best Musical Event of the Year back in 2012 at the Scottish New Music Awards but if you need any more convincing, there are plenty of reviews of previous years here. Still relatively young, it’s only going to get bigger year on year. And just imagine being able to tell your grandkids ‘I was there, back in the day…’