Getting over musical prejudice of genre… 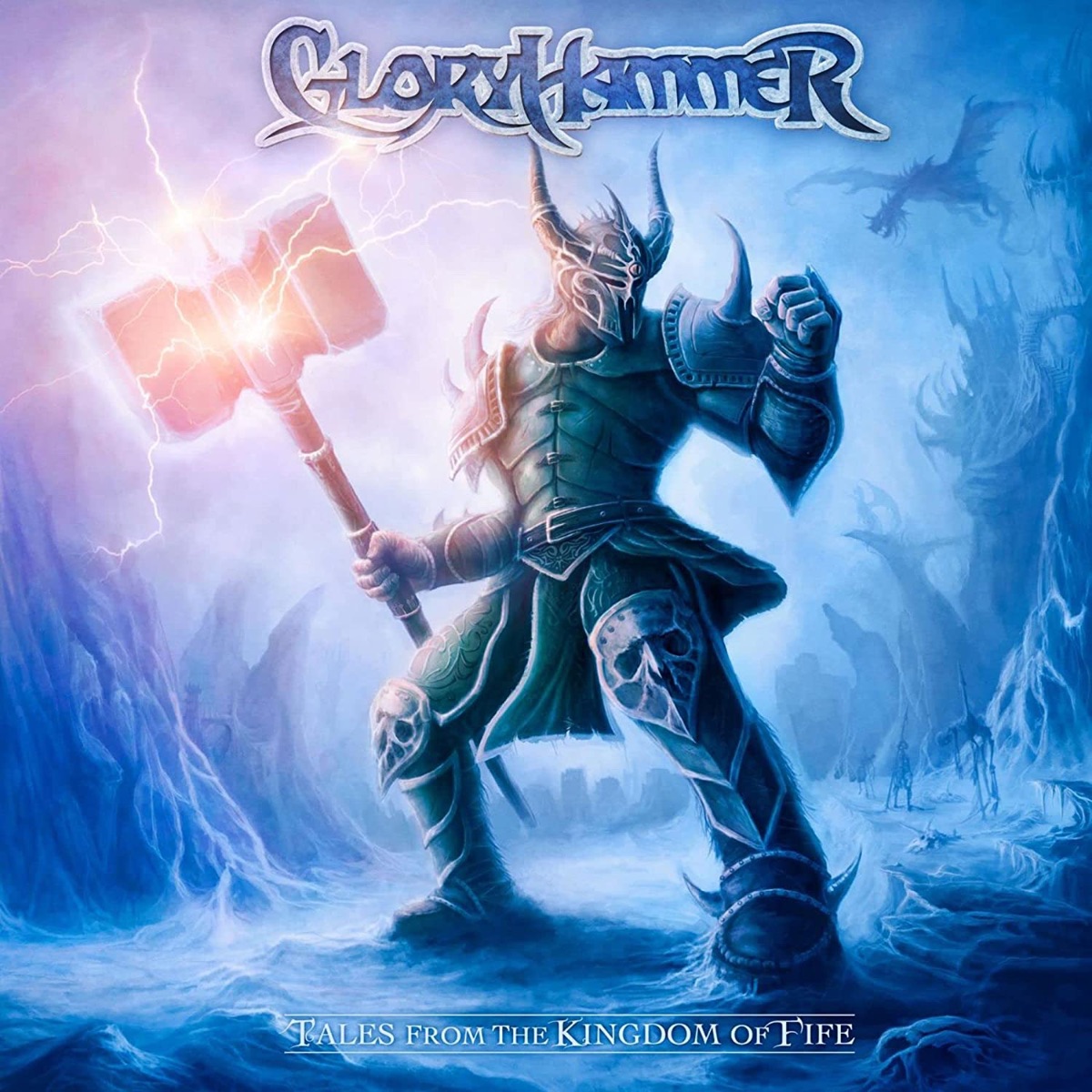 Gloryhammer: Tales From The Kingdom Of Fife

Ever wondered what it would be like to charge into battle on the back of a Unicorn? Nope, me neither, but strangely I do now…..read on.

Music for me is all about engagement, emotion and all manner of other reactions. As with any art form it should elicit a response and certainly not be stayed or boring.  Gloryhammer are anything but stayed or boring. To your particular taste? Perhaps not. Capable of getting a foot tapping and soliciting a huge smile with their energy and lyrics? Most certainly. They came to my attention just before the first lockdown of March 2020. Chris (The Tall One), a long term customer of L&C, had popped in to collect his new toy days before we had to close. Passing the time of day in discussion about all things he happened to mention Gloryhammer and asked if I’d heard them. The ensuing chat got me interested, so I found the album online when I got home and I was hooked. It certainly cheered me up when we had to sit tight.

“Tales From The Kingdom Of Fife” is peppered with tongue in cheek references to Scottish towns which raise a wry smile with me, but will resonate as mystical, exotic places if you happen to live in the USA or Continental Europe. Part of the fun of the album is wondering what those other individuals make of such references? Will they Google Crail, Cowdenbeath, Anstruther etc or just let it all slip by in the maelstrom of the music. The premise of the album is the simple and age old Good vs Evil in a fantasy 10th century Scotland. Evil takes the form of the Wizard Zargothrax who invades Dundee with an army of undead Unicorns and takes Princess Iona captive. The Goodie is Angus McFife, Prince of the Kingdom of Fife, who swears to take revenge. In a dream he is presented with visions of three artefacts which will help him on his quest to defeat the Evil Wizard and free Iona: The Hammer Of Glory, The Magic Dragon and The Amulet of Justice. Got the picture?

What we have here is Symphonic battle (power) metal. Don’t be put off by that tag. It’s carefully crafted and orchestrated with great musicianship and fantastic production values. The Mainstay of the band is Christopher Bowes (also the lead vocalist for Alestorm, the only purveyors of Pirate metal) who hails from the Kinross area. He’s the driving force behind the band and shows his ability to write and orchestrate. Keyboards, drums and guitars are all so well recorded that I can’t pick out any one performance over another. I don’t think I’ve encountered another album with so many musical and lyrical hooks. The Album begins with “Anstruther’s Dark Prophecy” a short melodic piece which has you wondering what’s to come that kicks straight into “The Unicorn Invasion of Dundee”. Now we’re cooking. The sense of how it may feel to be astride a charging Unicorn is more than aptly portrayed. I could continue on and tell you more but I feel it would be better to let you discover for yourselves the magic and sheer infectious nature of this album.

As an aside, I was relating my discovery to my nephew, extolling the virtues of my new found album only to be told “Oh that’s Chris’ band. I went to school with him. We played in the school orchestra”. It’s a small world!

Give it a damn good go if you feel up to having a smile a mile wide on your face, tapping your foot and singing along. It’s the first of a trilogy which sees the protagonists move out into space and then back to earth. If they were to make a film of this I’d certainly watch it, especially if they used the albums as the direct score. A word of caution, however – don’t listen to the album whilst driving. It’s a difficult conversation to have with the police when you’re stopped for driving too fast. “Sorry officer, I was charging into Dundee on the back of a Unicorn” will not be looked upon sympathetically.

Spoiler Alert – Angus McFife freed Princess Iona, entombed Zargothrax in a ball of ice and saved all the unicorns from their zombified state.