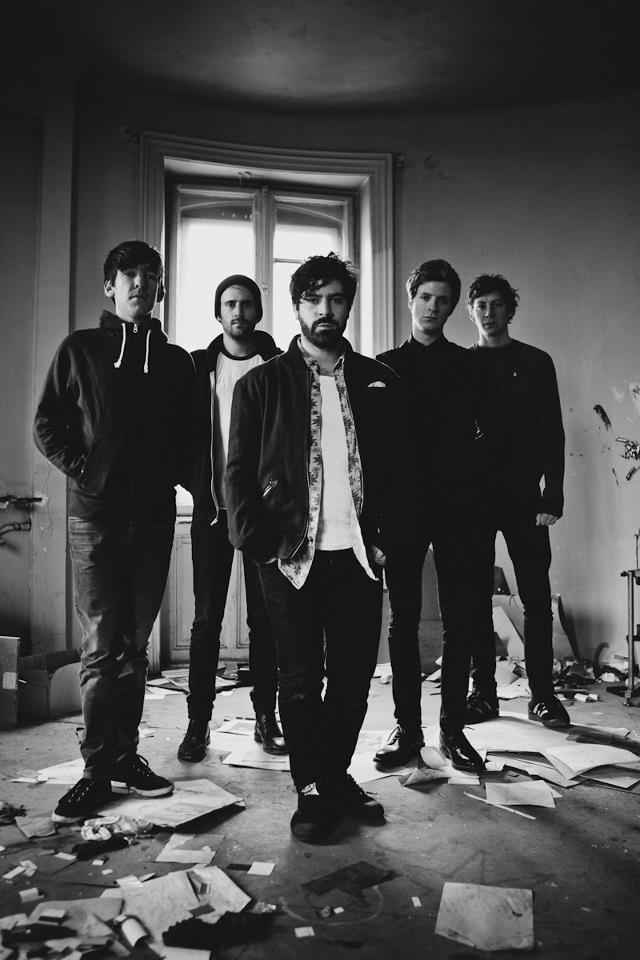 It feels like Foals have been around forever. Cast your mind back and I’m sure you’ll recollect them bursting onto the music scene with super-catchy math-rock classics like ‘Cassius, it’s over!’ That was back in 2007 and since then, an unbelievable work ethic coupled with a steadfast musical integrity has seen them take on (and conquer) the rest of the world.

Earlier this year saw the release of album number three, ‘Holy Fire’ along with a substantial world tour. They’ve even managed to squeeze in a set at almost every festival known to man. And it’s in a live setting that they really come into their own. Capable of some beautifully heartfelt moments, they can easily switch into a surprising disco-bop mode and finish with a face-melting explosion. It’s quite something to behold and usually ends up in a full-on party vibe.

So, it’s reassuring to know that as they’re all still in their twenties, there’s probably plenty of shimmy-ing from guitarist, Jimmy Smith and crowd surfing by party-starting frontman Yannis yet to come…

Here they are in an intimate setting at KCRW studios in L.A. Yes, they’re even big in The States.