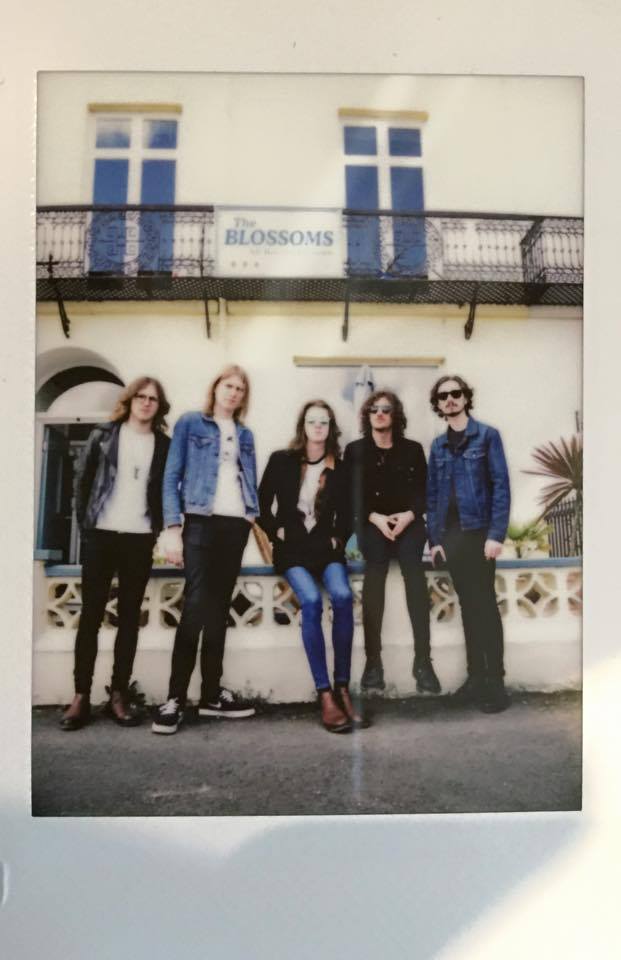 Each week it’s on, we go through a ritual of checking out who’s on our pre-recorded version of the Jools Holland show and then spend much of it fast forwarding through the bits that we’re not that keen on. And recently, that’s been quite a lot (sorry Jools). However, occasionally it throws something interesting at us. And a couple of weeks ago, that something was up and coming Stockport band, Blossoms.

Relatively new (in terms of the music industry), they’ve already been bagged as support band by The Coral, The Charlatans and more recently, Kasabian. Along with their spot on Jools’ show (well done boys!) this should have gained them a whole new fanbase. They do a nice line in psychedelic indie pop and it’s shaping up to be the sound of the summer.

There are some EP’s already available but a number of the tracks on these will also make an appearance on their self titled debut album due out on 5th August. If you pre-order it here on CD or vinyl, it will arrive signed by the band and you will also be entered into a competition to win tickets to a special homecoming gig. In Stockport, obviously.

If you missed Jools, here‘s one of their songs from the show. They also made an appearance on the BBC’s introducing stage at SXSW earlier this year which you can view here.

Be warned though, these guys will totally bring out the indie kid in you!