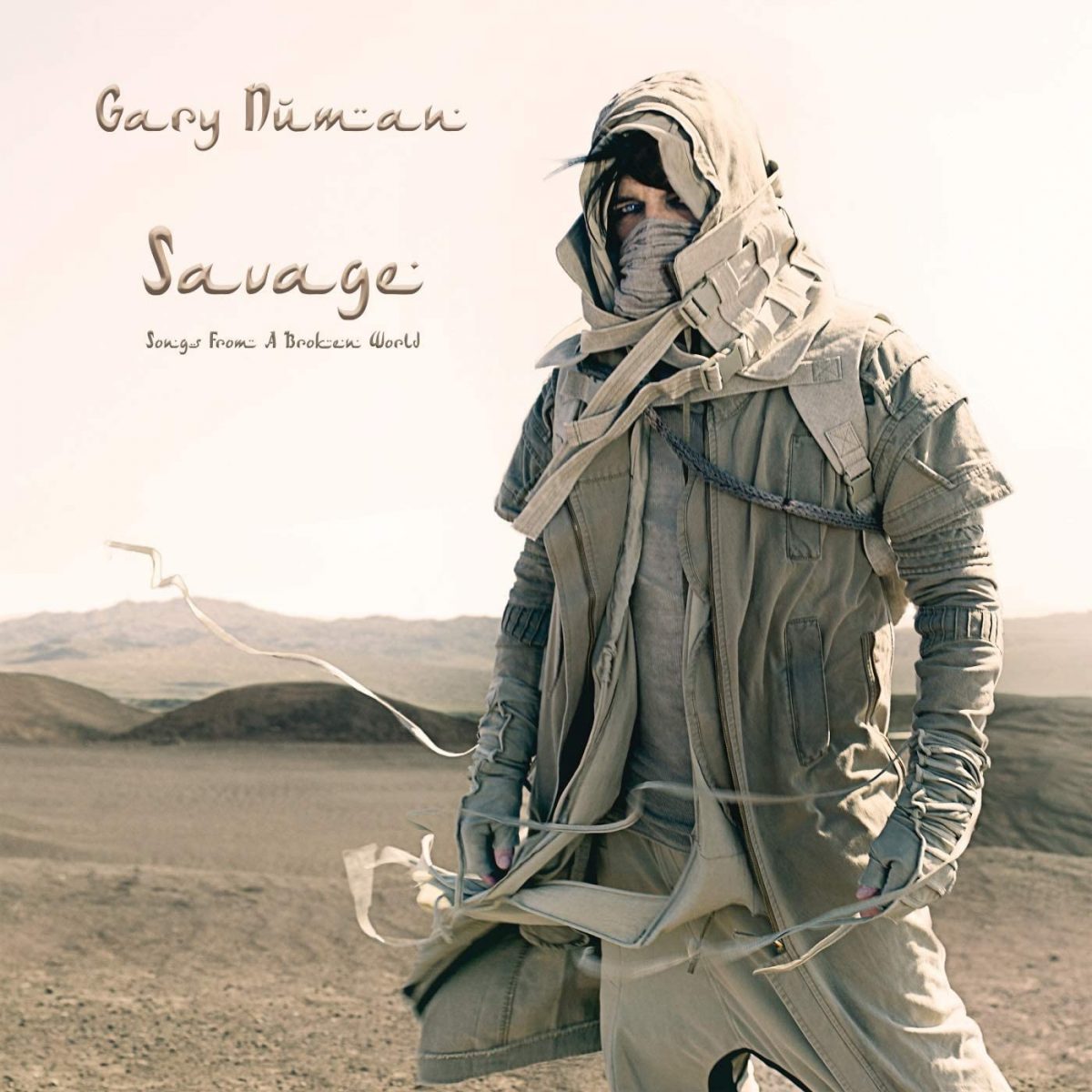 Many vocal artists have voices which are instantly recognisable, none more so than that of Gary Numan. Over the decades it has become refined with age, but his voice is never anything other than unique and fascinating.  Synonymous with synth based recordings, it echoes the nature of the music which he writes and complements the soundstages that are created.

Savage (Songs From A Broken World) tells the story of a post apocalyptic dystopian world, a culmination of the effect of global warming on Earth. Written and released in 2017, it talks of a desert planet well before the bush fires which swept Australia and California. Lyrically it identifies the harsh reality of how individuals react in such situations and what they will do to survive. I believe that pre-written songs had been added to with ideas from a book which Gary had been working through – ideas lifted from the page and given resonance in the music. The use of both Eastern and Western musical themes lend a global feel where you cannot pinpoint a location but, at the same time, you are familiar with it.

The album is a masterclass in the use of the keyboard to create the soundscape from which the context of the album hangs so well. The synths, which went through an apprenticeship in the early 80s, have now matured into a breathtaking, layered wall of sound. This album isn’t simply a grown up 80s pop synth production but a carefully-crafted mix of keyboards overlaid with guitar, drums (proper ones) and the fantastic, expressive, unique vocals. It’s a rock orientated album with a slightly grunge edge with most tracks having a hook or recurring theme.

For those of us who like a deep, almost subsonic feel, the opening track  ‘Ghost Nation’ doesn’t disappoint. Great use of the left hand on the synth gives that sense of scale and menace which sets the scene and lays bare the concept. ‘Bed of Thorns’ has the most infectious hook….it is not a pop song but creates interest with repetitive phrasing which draws you along. ‘My Name Is Ruin’ is the stand out track for me. It evokes the sense of futility and the need to survive at any cost. There are some sublime backing vocals on this track from Gary’s daughter Persia, which help to create a haunted ethereal feel. The track ‘And It All Began With You’ is an interesting piece. Take away the concept of the lyric and simply listen to the voice and the synth sound and it takes you back to that ‘Apprentice’ era, evoking the vocal and sound of the early works of Mr Numan.  I also detected a little bit of Japan and David Sylvian going on in there which made me smile and took me back…..but maybe that’s just me!

Many people may dip into this album and simply allow it to wash over them. Take a little time and you’ll find it an immersive treat which you can revisit again and again and unwrap more of what Gary is conveying about the world that we may find ourselves living in.