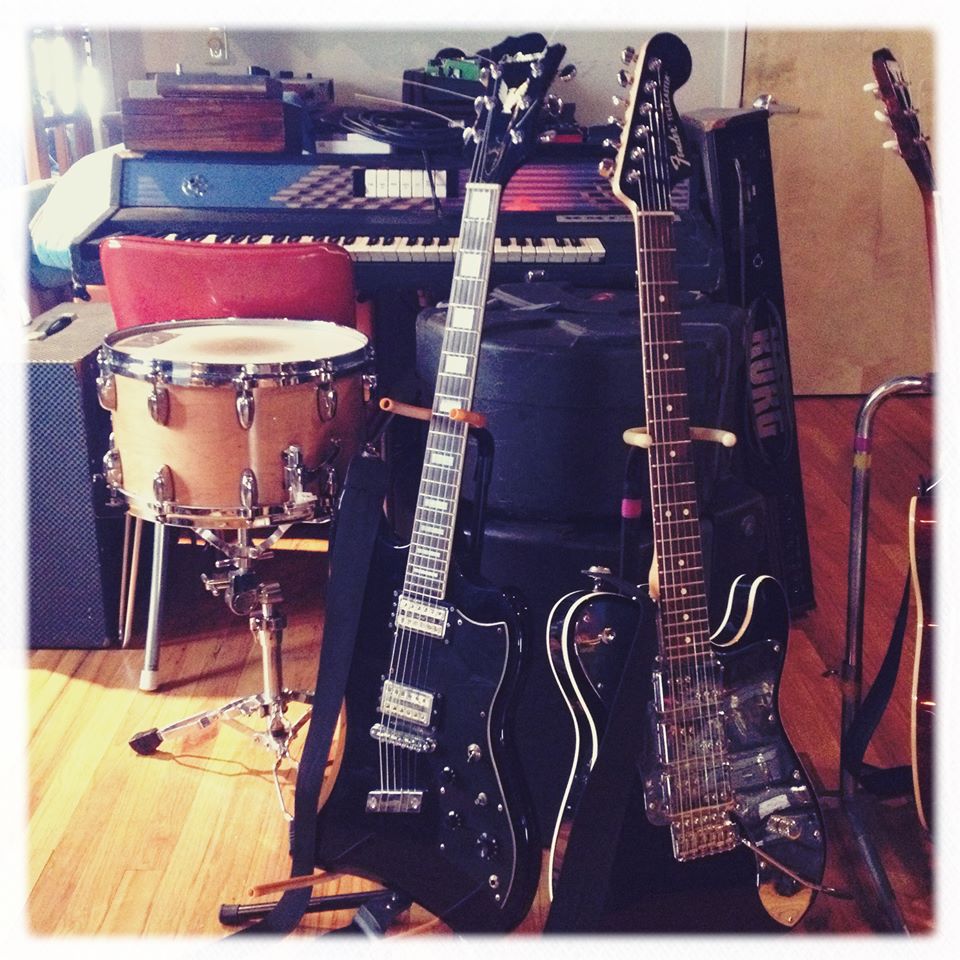 So, I’ve mentioned The Parlor Mob (only 3 times now) before. I may even have said that they weren’t all that great at communicating (maybe by today’s social media standards) what was happening in their world. Until you realise that they haven’t exactly been slacking. In between records/labels/jobs to finance what they’re doing, three members of The Mob have also been working on side projects…

First up is guitarist/keyboard player/singer David Rosen and Drummer Sam Bey, who’ve conjured up country-garage-rock duo The Black Jesuses and released their first full length album last year. They even put it out on vinyl. There’s plenty of Jack White/The White Stripes influence going on here and it’s a solid album from start to finish. There are some nice live clips available on their website here for a wee taster.

Drummer Sam is also keeping busy in second duo Gods, with (the multi-talented/producer/engineer and) second Mob guitarist Paul Ritchie. This is a more Psychedelic affair and listening to debut album ‘Endless Stunner’ has had me longing for summer as it’s the perfect soundtrack. Check out the link below to hear what I mean.

And finally, please remember that just because you can stream these albums via Bandcamp here and here, doesn’t mean that these guys don’t want/need paying for their hard work. You can even name your price. And whilst it’s evident that they love what they do so much that they’d probably do it for free, they’ve still gotta eat/pay bills like everyone else. So, wallets at the ready to show your appreciation. You can also help by spreading the word.