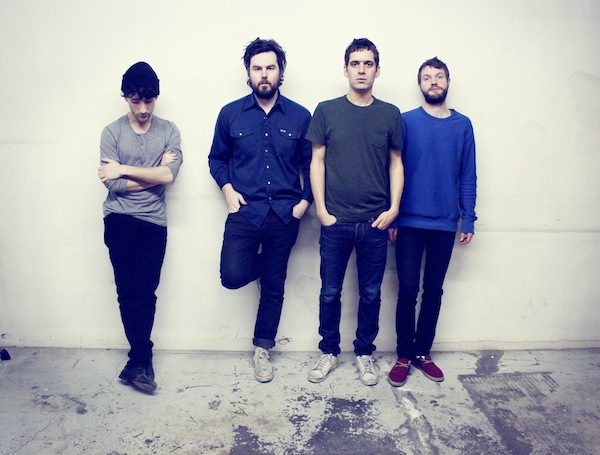 On the way to Austin Psych Fest (please see my last post), we decided to take a slight detour via Dallas. This was mainly because Black Mountain were playing a gig there a couple of nights beforehand and we decided that we couldn’t pass up the opportunity to see them twice in quick succession. But as a bonus, we discovered it was to be a night of all Canadian craziness with both Suuns and The Besnard Lakes supporting.

I had always been quite intrigued by Suuns debut album ‘Zeroes QC’ but what I hadn’t banked on was that their newly released “Images du Futur’ would take them to a completely new level. This stuff is super catchy, highly addictive and can go round in your head for days. It also takes on a life of its own, live. Which was a real result seeing as we would be doing it all again within 48 hours.

Here they are getting into that infectious groove during a live SXSW set at a local bike shop (obviously).

p.s. I had never really connected with The Besnards work before but I have to say that their studio albums don’t do them justice and they really are a superb live band.

p.p.s. Black Mountain were at their usual awesome best on both occasions. The only disappointment I felt was at the end of their set when they stopped playing. I hate that bit…