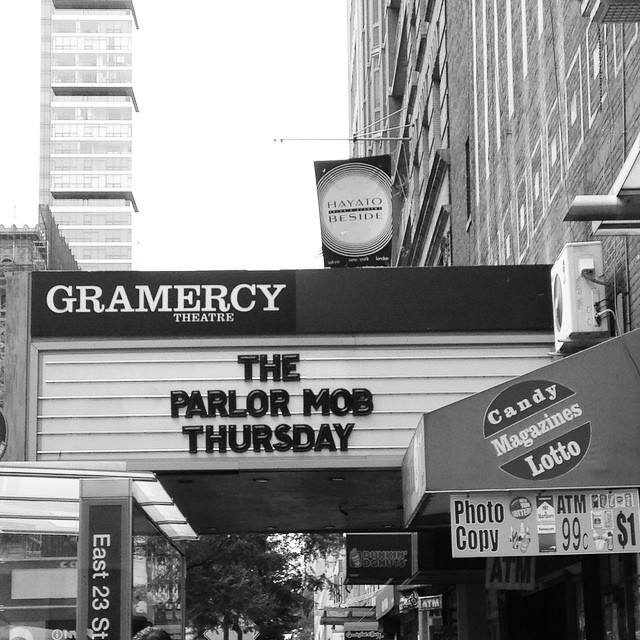 When I first wrote about The Parlor Mob back in May 2012, nothing could’ve prepared me for what came next. There I was, waiting for them to announce their plans for more music or a world domination tour, but what I and all the other Mob fans actually got was…radio silence.

They had never been all that good at updating their facebook page or website but as time passed and it became apparent that they no longer had a label, my heart sank. It looked like the difficult nature of the music industry had claimed another casualty in their prime . So after a while, I came to terms with the fact that I would never have the privilege of seeing them perform live and would just have to make do with their two brilliant studio albums.

Then in June, out of the blue came the announcement. A new album called ‘Cry Wolf’ to be released in the fall along with a few US tour dates. It’s not clear what’s been going on and they may well be financing everything themselves, but it’s great to have them back! And we’ve already decided that if they don’t make it back to the UK any time soon, we’re going to them.

They have their own YouTube channel but the quality of the live clips varies wildly. One that I will recommend however is this one which, strangely enough is the title track of their upcoming album and was written around the time of their first but for some reason, didn’t make the cut. I can only presume it was deemed to be TOO EPIC for a debut. They were also ejected from a support slot on tour after a few dates with no apparent reason. The fans guess was that they had been too EXCESSIVELY AWESOME and made the headliner look bad. Ha!

Get The Mob mentality at https://www.parlormob.com