IsoAcoustics Inc. has been manufacturing and distributing isolation products in the audio industry since January 2012. The patented IsoAcoustics technology is based from years of experience in the design and construction of radio and television studios.

The driving force is Dave Morrison, closely involved in planning and building radio and television studios at the Canadian Broadcasting Corporation for close to 20 years. Dave Morrison was part of the design team faced with the challenges of building the world’s largest multi-media center in Toronto: over 1.72 million square feet, with recording studios for drama, music, and chamber ensembles, special effects, radio and television shows. 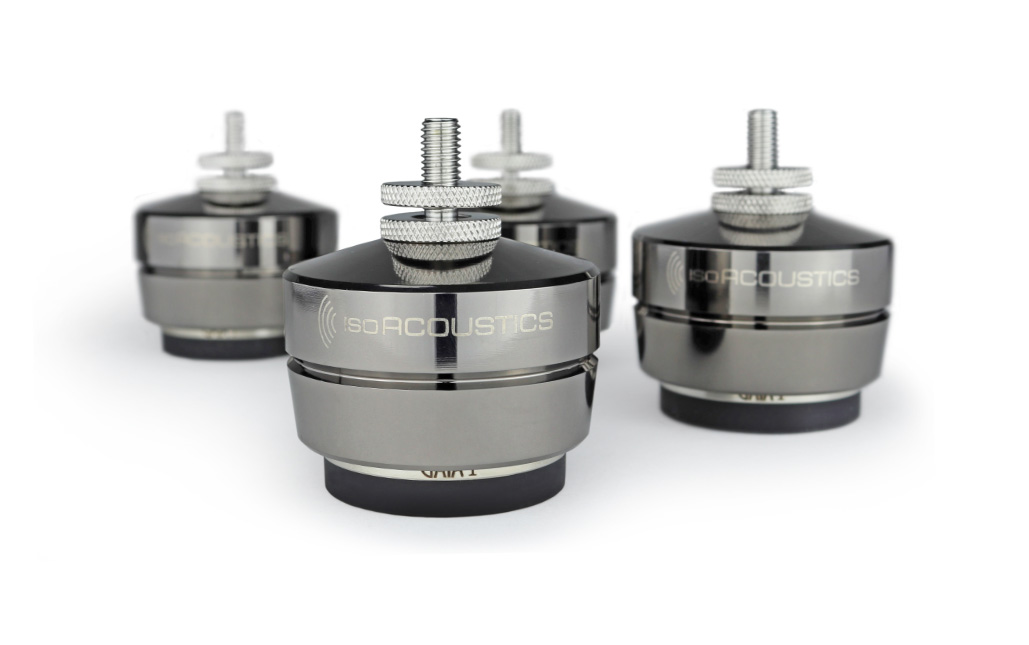 The GAIA speaker isolators consist of acoustic isolators contained within an elegant machined dark chrome metal housing. Incorporating IsoAcoustics patented design principles, the GAIA’s provides a high degree of isolation while resisting lateral movement and oscillations to maintain alignment with the listening position. Internal reflections from the hard-supporting surface are attenuated resulting in greater sound clarity and openness. The GAIA’s will reveal clarity and openness from your speakers like you’ve never heard. 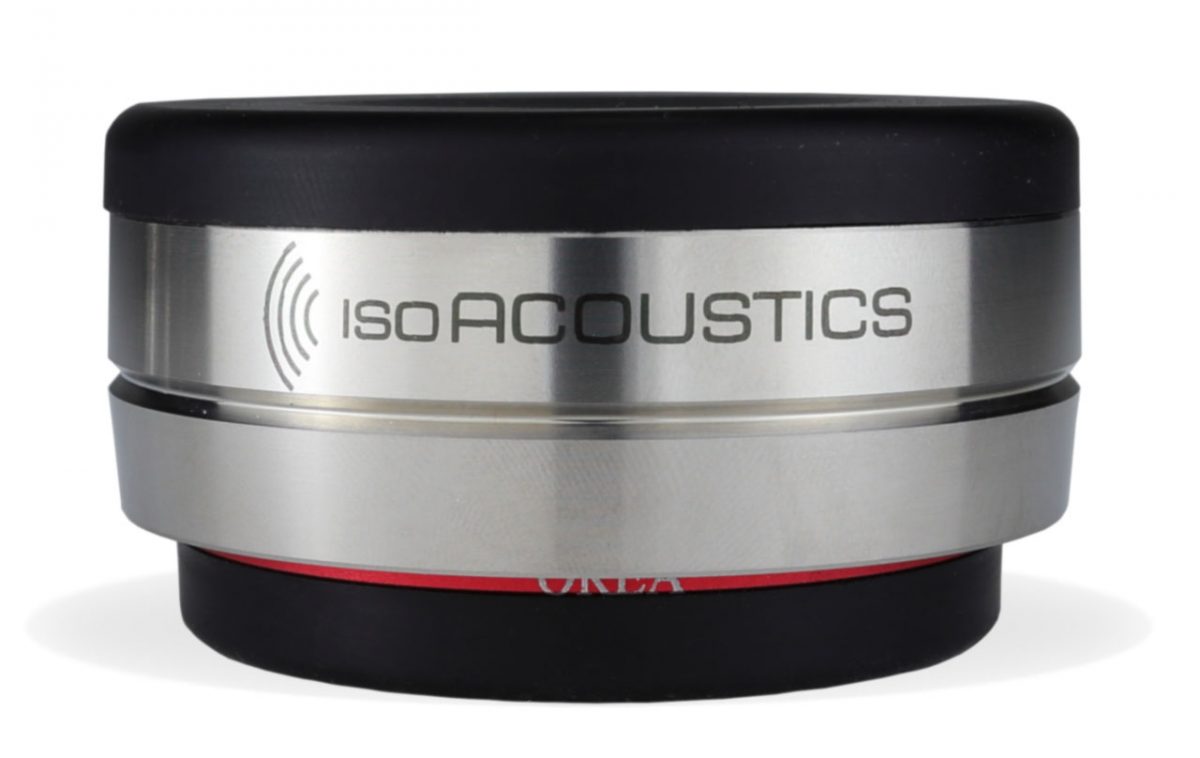 Eliminates parasitic vibrations and provides greater sound clarity and focus. The OREA’s are ideal for electronic components including Amplifiers, DAC’s, CD Players, Speakers, and Turntables. Made of machined stainless steel, these isolators have a low-profile design to minimize any increase in height.

Each OREA model is designed with a different weight capacity. They each have a coloured ring on the bottom isolator that denotes the model and weight capacity. The OREA series are packaged individually to allow greater flexibility when determining the number of units to use. We recommend a minimum of 3 units under each component, depending on weight.

The isolators manage the energy of the speaker to reduce vibrations resonating through the supporting surface to eliminate dissonant sounds in the listening area or joining rooms.

Internal reflections are vibrations reflecting back up the speaker cabinet which causes smear. Smear is a result of artefacts replicated in both channels which are perceived to be in the middle, causing the stereo image to collapse. The IsoAcoustics isolators reduce internal reflections to eliminate smear. The result is an improved stereo image of natural spatial sound.

Aperta stands can be positioned on the floor, shelf, credenza, desktop or on a floor stand.