Vivaldi APEX DAC uses the latest groundbreaking dCS technology including ‘next generation’ versions of the dCS Ring APEX DAC™, Digital Processing Platform and Clocking System so that, as the hub of a digital audio system, an array of features guarantees superlative performance from any digital source.

VIVALDI APEX – The Pioneer
Engineered for the ultimate listening experience, the Vivaldi APEX reflects dCS‘s uncompromising attitude, relentless innovation and obsessive attention to detail. Featuring a dedicated DAC, Upsampler, Clock and CD/SACD Transport, it separates the core aspects of the playback process for a performance that is technically precise and musically profound.

Vivaldi Upsampler The digital to digital converter, which acts as the hub of your system, accessing music from any source and converting audio from it’s native sampling rate to high-resolution DSD, DXD or PCM, providing a complete listening experience with astonishing detail and depth.

Otherworldly Performance
With total precision and composure, the Vivaldi unravels even the most complex recordings with ease, projecting a sound that feels utterly natural and beautifully complete. Under its delicate hand and invisible touch, music comes alive, with each note unfolding to reveal a panoramic view of a recording or mix.

From the smallest inflections to the swiftest shifts in tempo and tone, it captures it all with a sense of perfect rhythm and flow. With its wide and far-reaching gaze, it uncovers not just the fine details in a recording, but the silences and spaces in between – the tension, drama and emotions that lie beneath.

Crafted for the purest musical expression, the Vivaldi is designed to disappear, leaving you absorbed in sound and immersed in the world that an artist creates. Its pioneering architecture builds on three decades of innovation to present dCS‘s most ambitious system yet: a four-chassis design with almost limitless potential.

With the Vivaldi’s launch, was devised a blueprint for a new generation of digital playback systems. dCS reimagined core technologies – including Ring DAC™ system, clocking architecture and the dCS Digital Processing Platform – and developed a new technical DNA that has shaped the creation of each dCS product since.

Unrivalled in its sonic and technical abilities, the Vivaldi has earned global acclaim for it’s groundbreaking design and captivating sound. A product of visionary thinking and fearless engineering, it remains the most revealing and lowest distortion playback system available – and its design continues to evolve.

With the Vivaldi APEX, dCS has once again redefined state-of-the-art in digital audio. Vivaldi DAC is further enhanced with the addition of next generation Ring DAC APEX™ hardware., taking Vivaldi’s world-leading performance to a new level – resulting in an even more immersive musical experience. 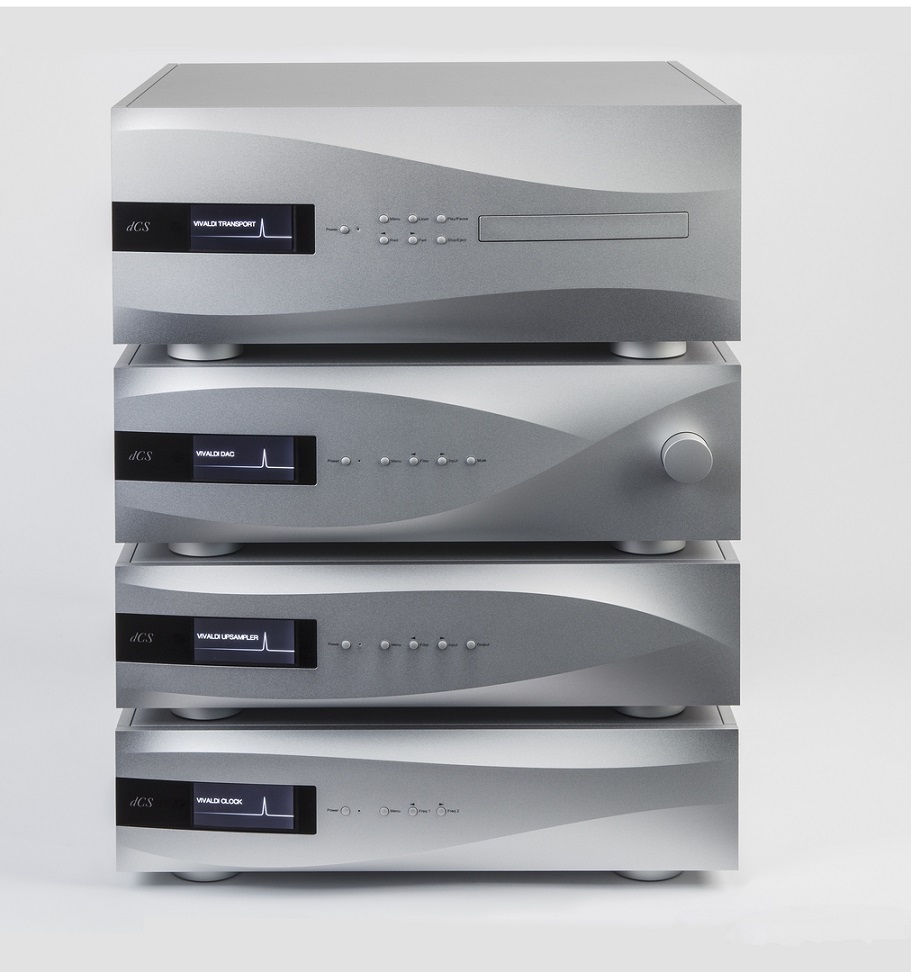 Filters: PCM mode: PCM mode: 4 filters give different trade-offs between the Nyquist image rejection and the phase response. 2 extra filters are available at 44.1, 176.4, 192, 352.8 and 384kS/s. DSD mode: 4 filters progressively reduce out-of-audio band noise level (inherent in the 1 bit nature of DSD), plus Filter 5 which has an improved transient response

Software Updates: Loaded from CD-R via PCM inputs or PC via USB interface