These precision engineered and CNC-ed cylinders extract HF noise from the signal earth of audio and video via unused ports on your equipment – XLR (male or female) RCA, USB, HDMI, 5 pin DIN, BNC or RJ45 (Ethernet) – to effectively ‘clean’ the audio signal path and improve (dramatically!) audio and video quality.

We have done extensive listening tests with these and the improvements each ARAY makes are startling, trust us.

The GroundARAY is a next-generation high-frequency-noise-reduction device that connects to unused sockets on hi-fi and/or audiovisual equipment providing a low-impedance route for HF noise to pass through, directly improving the noise floor of the ‘host’ product.

The GroundARAY is a cylindrical design made from precision CNC-machined thick-walled aluminium; the thick walls themselves stop the device from contributing HF noise. Available in multiple termination options, including USB A, RCA, DIN, XLR, BNC, RJ45, HDMI, for a wide range of digital and analogue devices, the GroundARAY benefits from five separate noise-reduction systems, all working across different HF noise ranges and operating in parallel to convert undesirable HF electrical noise into heat.

The advanced technologies provide a very low-impedance, high-bandwidth route for HF noise to pass into, effectively ‘pulling’ noise from the signal ground of the host equipment.

Chord recommend beginning at your source and working through your system, on streaming based systems this could be your router and/or switch – adding the RJ45 GroundARAY to the English Electric 8 or 16 Switch for example has a huge impact on performance. Then move on to add GroundARAYs to the rest of your system – streamer, DAC, pre-amp and so on. 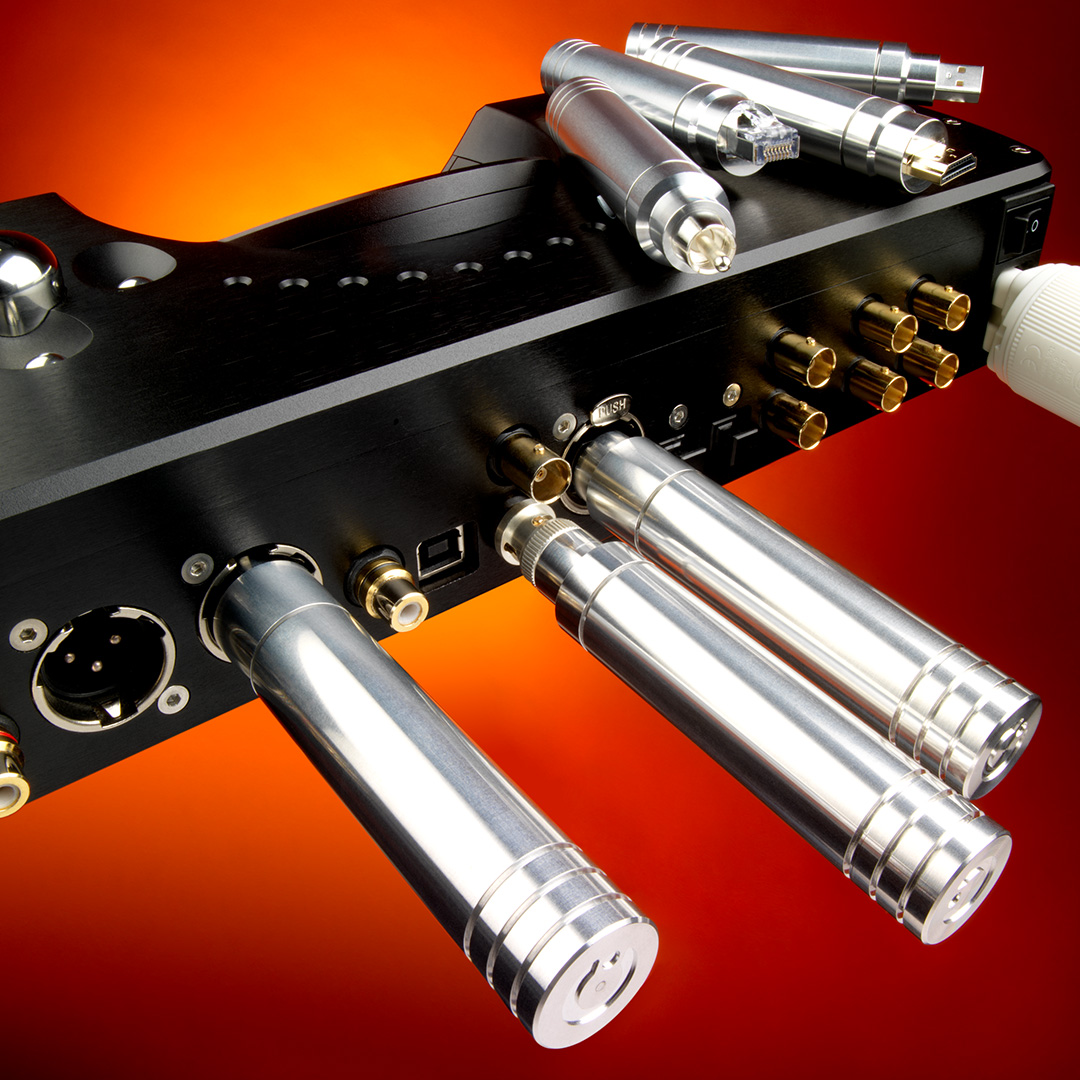 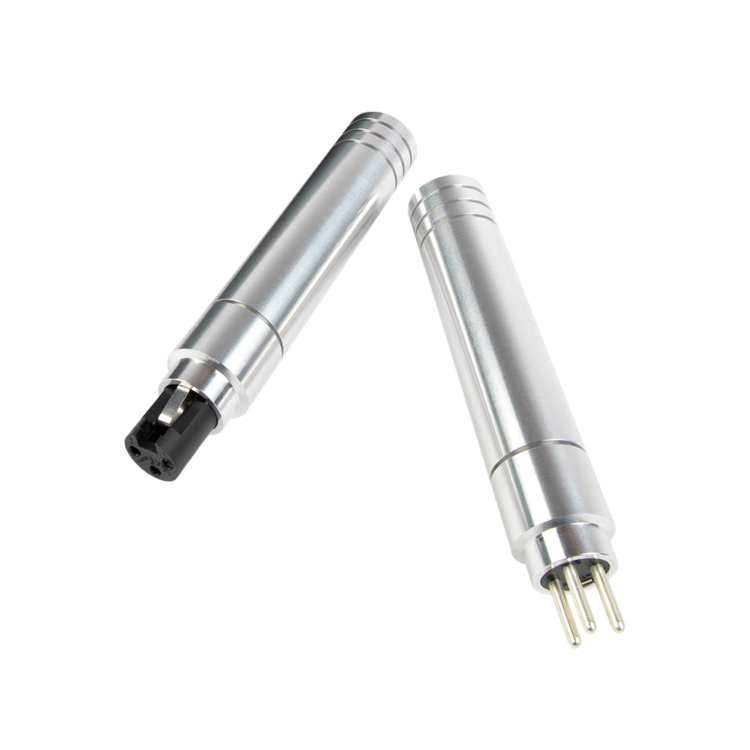 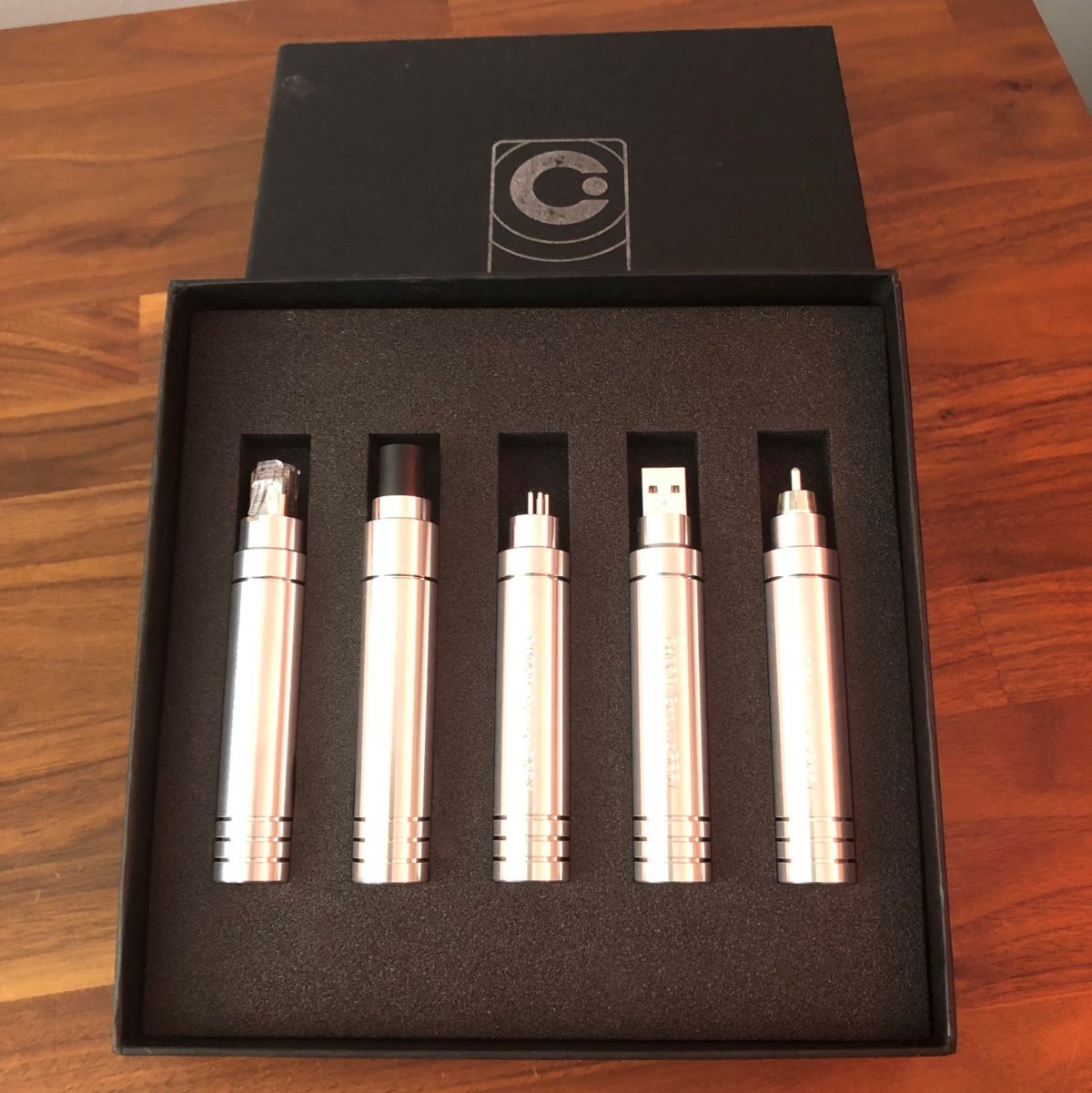 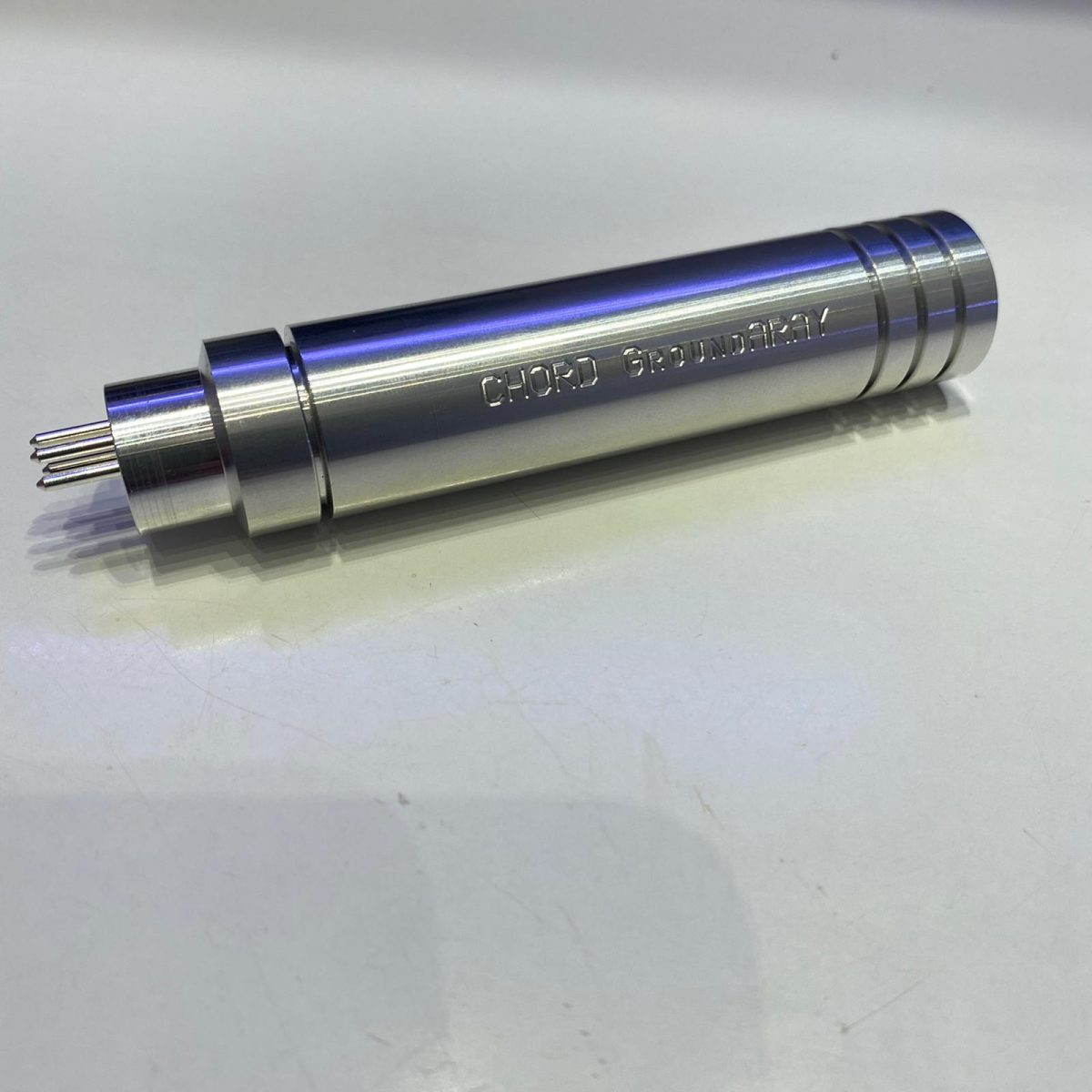 GroundARAY: built from the ground up

Each GroundARAY is painstakingly built by hand at Chord Company’s Wiltshire factory, including the system components themselves. The GroundARAY comprises a number of absorption devices, attached with a highly advanced double ultra-high-bandwidth connector system. The connectors are made to a very high standard, demanding time-consuming hand-assembly by factory technicians.

Each GroundARAY cylinder is filled with a carefully chosen material to deaden noise. The final assembly is then locked into place to reduce any effects from acoustic vibration.

GroundARAYs are most effective when used across several devices in a system. The devices simply plug into existing empty sockets and can be used individually, or in multiples, such as across left and right outputs etc. With DACs and streamers, GroundARAYs can be used with unused digital inputs; projectors and screens can also benefit from the noise-reduction effects, too.

For years, Chord Company has been developing proprietary technologies to reduce both low- and especially high-frequency noise, many of which, such as shielding, can be found in its cable ranges today.

In 2012, Chord Company introduced a solution to reduce damaging HF noise present in the equipment itself: the company’s proprietary TunedARAY mechanical tuning system. Successive and more advanced variations, such as SuperARAY followed, but the ARAY designs were always specific to the cable they were working with, limiting the technology due to space and other design factors.

In 2017, Chord Company started to prototype a next-generation ARAY system, one that would work over the widest range of high frequencies possible, with very high efficiency. This ARAY was designed from the ground up, without any of the limitations imposed with cable design.

The next-generation ARAY system was designed to operate independently from cables, but work with them in helping to reduce HF noise on the signal ground. This new group of devices became known as GroundARAYs and in order to work with different types of A/V equipment, needed to have a selection of different plug adaptors: RCA; DIN; BNC; RJ45; USB Type-A and XLR male and female.