We start our Accuphase journey with the E-380 integrated amplifier. This Class AB amplifier packs plenty of punch at 120W per channel – enough to drive most loudspeakers with ease. It’s a refined sound, with pace and rhythm to lure you in and keep playing music ’til the small hours. Like all Accuphase integrated amplifiers, the E-650 has two modular slots for optional DAC and phono boards to be added (sold separately).

Please get in touch for pricing information.

The E-380 realizes a 20% increase in rated output power over the previous model, thanks to a reinforced power amplification stage and power supply. The further evolved AAVA volume control system allows music enjoyment at any level without even the slightest degradation of signal quality. The power amplifier section utilizes the instrumentation amplifier principle to achieve outstanding S/N ratio. Low impedance design of the output circuitry results in a damping factor of 500, ensuring that the potential of every speaker can be brought out to the fullest. Enjoy a musical performance of amazing transparency and dynamism.

Balanced AAVA type volume control
AAVA is a revolutionary type of volume control that completely does away with any variable resistors in the signal path, using instead a combination of 16 V-I converter amplifiers with different gain. Unlike in conventional volume controls, the music signal is not being attenuated by a rotary resistor, so that optimum S/N ratio and low distortion can be maintained over the entire volume range. The signal degradation and impedance changes of older designs are now a thing of the past. The E-380 uses four maximum-gain V-I converter amplifiers, followed by two amplifier circuits in parallel configuration, which doubles the total output current capability and halves the circuit impedance to further reduce noise. AAVA features: 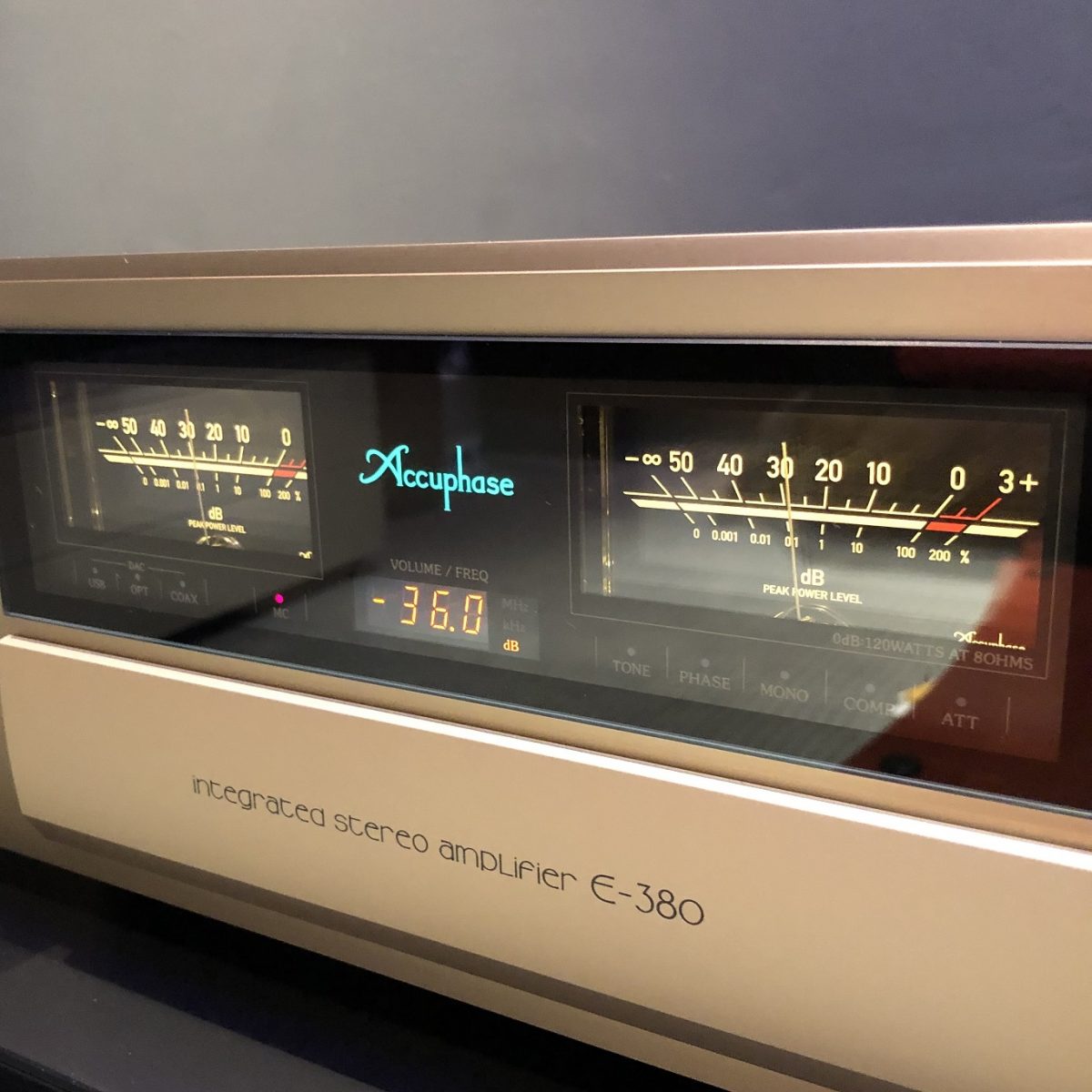 Option Boards
Rear panel expansion slots allow use of three types of option boards (DAC-50, AD-50, LINE-10). Up to two boards can be inserted, according to requirements.